"If Your Pictures Aren't Good Enough..."

What makes a good photograph?
Is it the colours? The depth of field? The composition (of course)? The subject?
Or the mere fascination of the world with a particular subject?
In the past few weeks, my news feed has been flooded with images from the Maha Kumbh Mela. As I casually flip through the photographs, it strikes me that I am quite bored and jaded of the images of the naked babas, the ash smeared babas and the matted hair man smoking ganja. I remember seeing these images first in a National Geographic magazine and being quite blown by it. I saw more such images on social media.
But it has been a while since the last Maha Kumbh and the world has grown in leaps and bounds in the meantime. Software engineers were still blossoming and nobody had the money to buy super expensive cameras. SLR cameras were still meant for professionals only, or the super rich. And travel was mostly meant to be done in a planned, organized manner to civilized places. Photographs and stories of such ‘exoticity’ were meant to be devoured only over the breakfast table or in a novel, possibly written by eccentric people you would not want to entertain in your house.
Okay, I’m going over board.
But the point is, about half the people on my friends list were at the mela this time. It seemed like this was the latest ‘in’ thing to do. I should have known that this was a disturbing trend when I read about sadhus arriving in SUVs at the mela. But I was excited about it and wondering how I could afford two weeks shooting the world’s biggest religious fair, so I did not pay much attention. I had to, however, take notice when identical photographs of naked / ash-smeared / matted hair babas began appearing on my feed.
Isn’t there more to this mela than just these ‘exotic’ creatures? Did anybody talk to them? Did they get their stories? A photograph, particularly in a situation like this, is not merely shooting the man from far. This is what separates the real photography enthusiasts from the hobbyists. Anybody can get a ‘good’ picture with the right equipment. But to infuse feeling into the picture… you need to get close.
I know I haven’t done that quite often and it shows in my photographs. When I sit, late in the silence of the night, and casually scroll through my photographs, I can easily tell you why some photographs are bad. There are plenty of my photographs that I wish I could have shot better. There are a million other angles, possibly just a fraction of an inch to the side, that would have made it better. If I had only taken a deep breath before I clicked the shutter. If I had only paused and looked at the entire area before composing the frame.
When you are shooting something like the Kumbh, and I shouldn’t even probably be commenting on this as I have never been there, but you should be able to caption you photograph with something a little stronger than ‘ash smeared baba holding a charas’. Who is he? Why is he there? What made him turn to this?
It is a brilliant place to be and a beautiful story to tell.
I wish the Reuters Photographer who covered this year’s event had blogged more about. You can read what he wrote here. But what makes the difference in his photographs is the way he taught.
Maybe there are stunning photographs out there and I haven’t seen them yet.
But it definitely made me think again about what makes a good picture. And reminded me ofRobert Capa‘s line – If your pictures aren’t good enough, you aren’t close enough.
One of my favorite images from what I’ve seen so far – by Anindito Muherjee – EPA 2012 was a nice year for photography... not because I shot a lot, but I definitely learnt a lot.

The most important lesson - You NEED to shoot to get better. There were a few other lessons along the way, related to the business of photography. And then there was a little bit of soul searching about WHY photography and how to handle the business end without getting frustrated and losing inspiration. I'm still figuring out the last part... 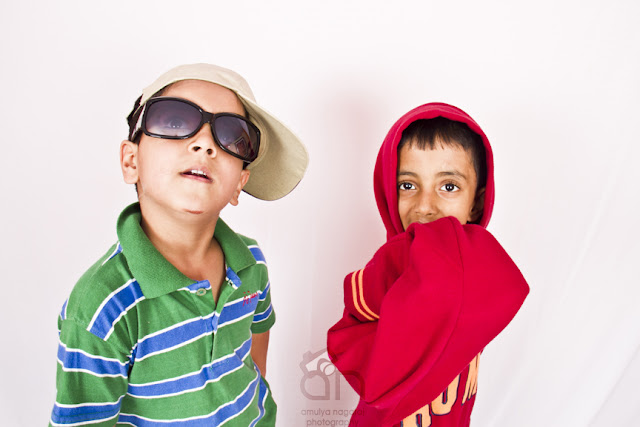 January was all about kids... I did a shoot for a Yearbook for a school, where the oldest kid was 6 years old. It was two days of constant fun, styling them in oversized clothes, allowing them to pick their favorite props and taking tips from them about how to pose. I also learnt about contracts, wording them properly and the importance of the art of negotiation. And I learnt that I sucked at the latter. 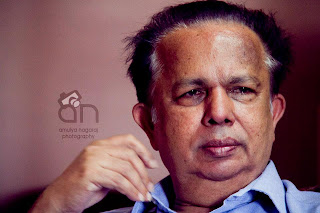 This was fun... It has been a while since I was commissioned to do an exclusive portrait shoot. This shoot, done for HT, was for Mr. Madhavan Nair, the ex-chief of ISRO. Quite glad the portrait turned out good, given the lighting... and also a first where I was exclusively the photographer while someone else asked the questions. There is definitely a sense of freedom when you can wander around shooting without having to rush to the interview as well. 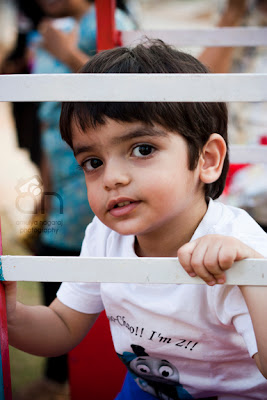 March was all about celebrations. This is a particular favorite of mine... 4 years old and one of the few kids who hate the camera. He didn't want to pose. He didn't particularly care about the cakes and the sweets. All he loved was his train. 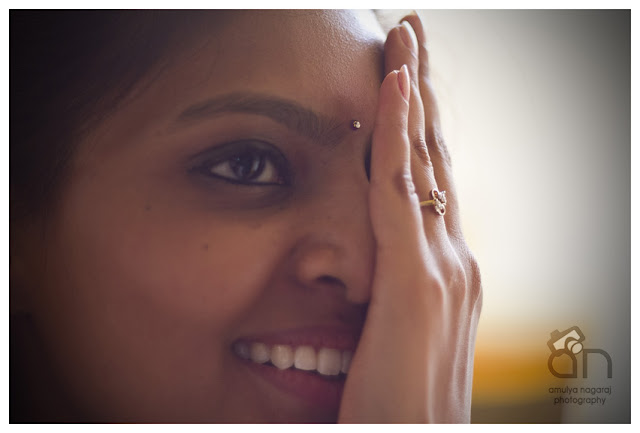 It is said that an emotional connect to the subject shows in your photograph. This was when I realised how true that statement was. A close friend got engaged and knowing the person makes a huge difference to the way you shoot them. Or simply see them through the lens. 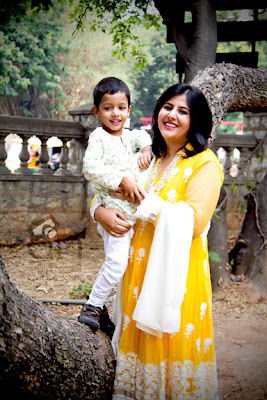 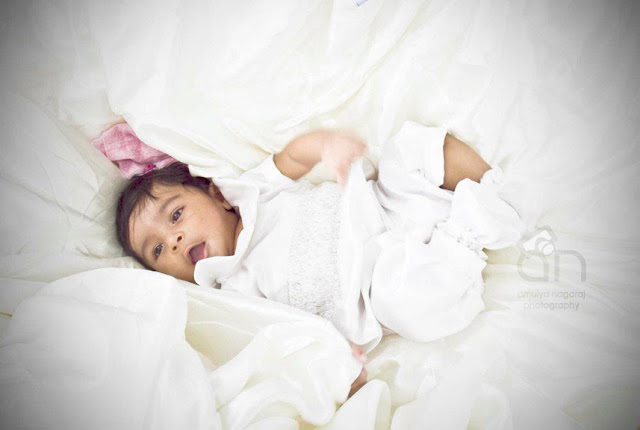 Have you ever been to a Baptism? I hadn't. Not till I had to shoot two Baptisms in a week. Two Sundays spent in Church, two very different kinds of Churches and ceremonies. One long, one short. The first photo is a particular favorite of mine, and an old client. I was quite flattered when she chose me to shoot her daughter's baptism, out of the many photographers she worked with. 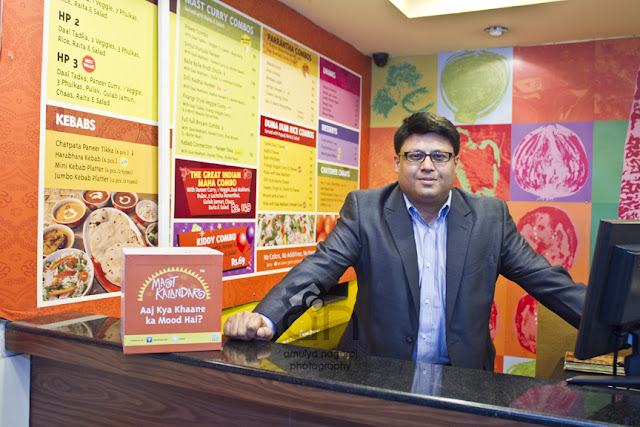 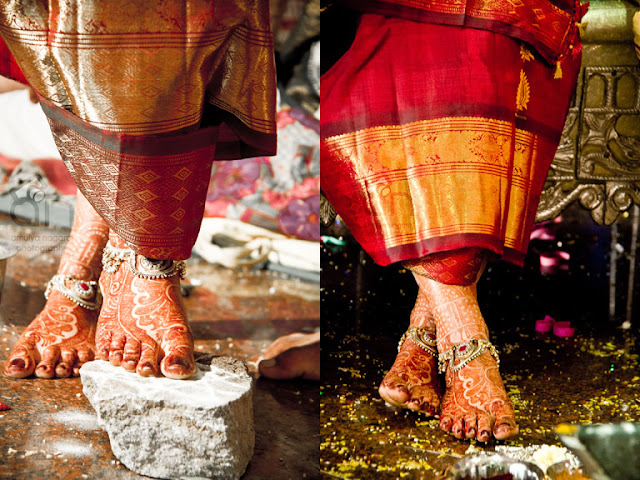 Weddings have a strange way of drawing you in. Of all the weddings I shot, I was just learning to pay attention to the smaller details and yet not get lost in the details. The simplicity and the anonymity of this shot appeals to me... this could be any south Indian bride, waiting, taking her first step into matrimony. 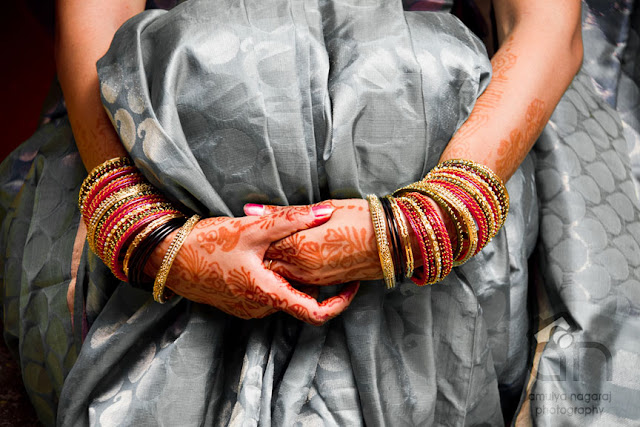 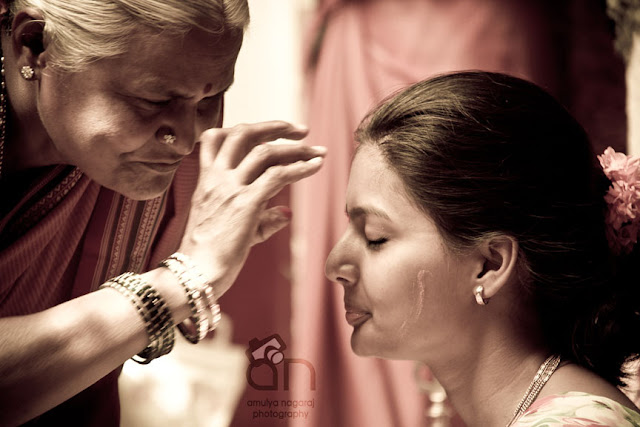 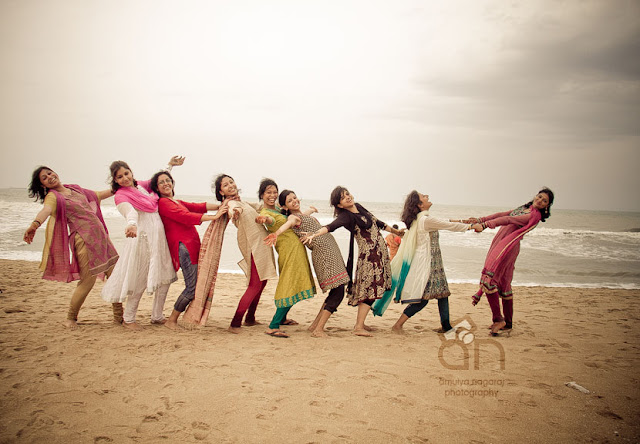 The wedding season begins... and so does travel. This was a month of 4 weddings, which translated to about 15 days of living in the weddings... each wedding had something different... I wouldn't be able to pick one as my best shot... they each had something brilliant.

Then, of course, there was the trip to Chennai... my first wedding in the city. A month of several first, including this beautiful bridal portfolio shoot. The groom went missing on some work a few minutes before the shoot... the bride decided not to pass on the shoot and said she wanted this to be 'the bridal shoot'. All her best buddies were there, together, perhaps for the only time. So 8 crazy girls on Chennai's most famous beach, jumping, screaming and posing... passers by stopped and stared, fishermen chased us away from their boats... but this is one evening she would never forget. 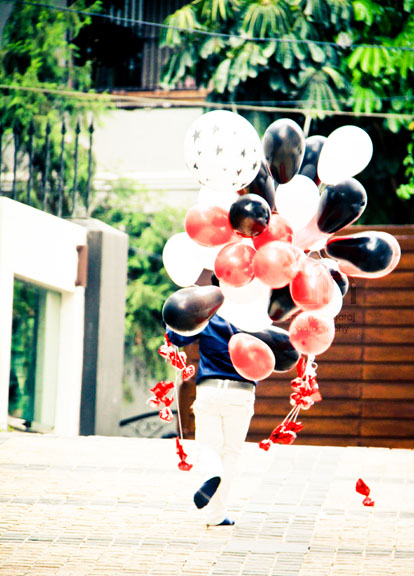 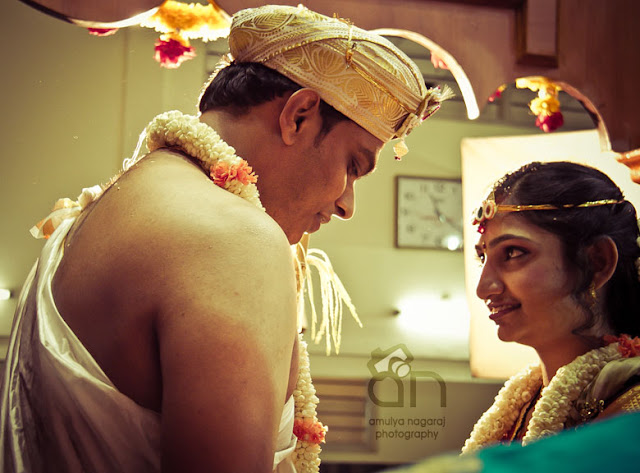 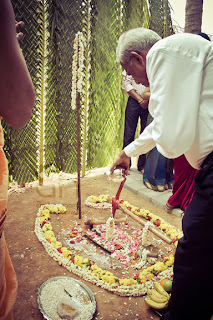 Ground Breaking Ceremony... I wondered what I could shoot when I was contacted for this assignment. The client was insistent that they wanted me to shoot the event. Definitely different. Definitely fun. 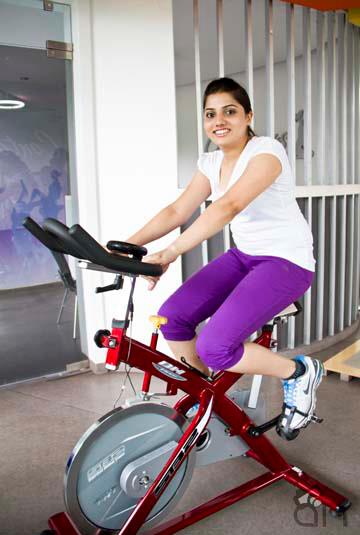 Women's Only Fitness Center rebranding their company all over India. Two days of a marathon shoot... with the members being the models. Styling, make up, posing and photography... one helluva time! 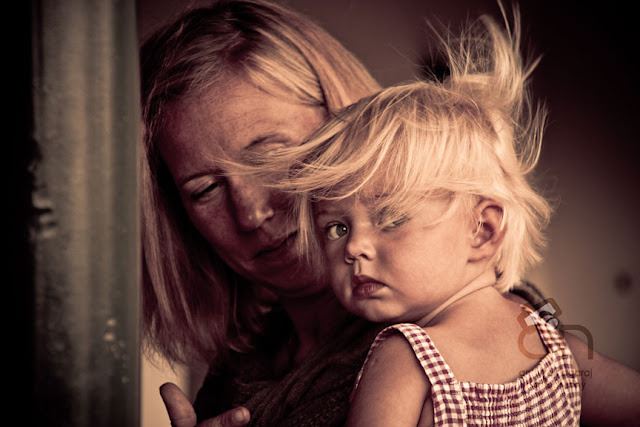 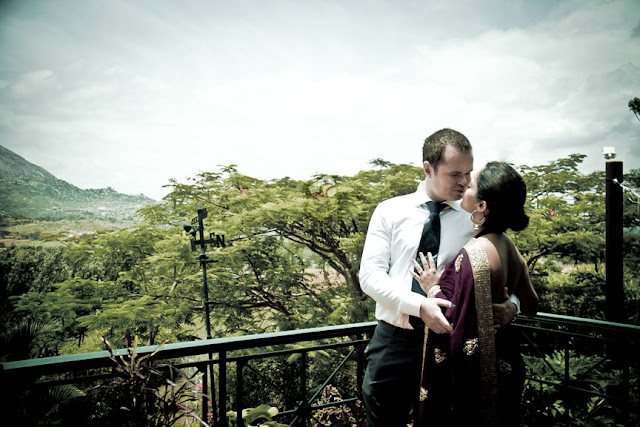 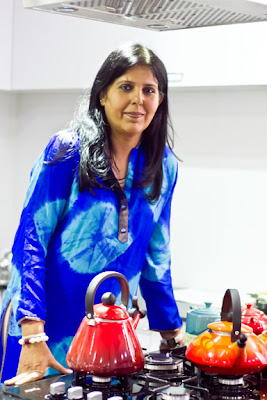 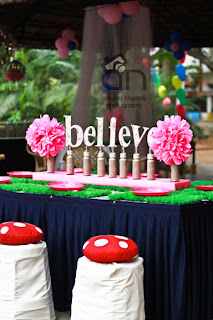 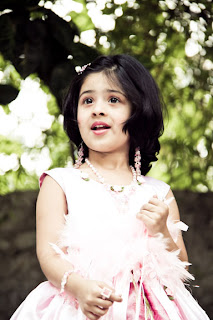 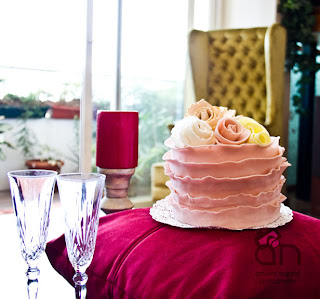 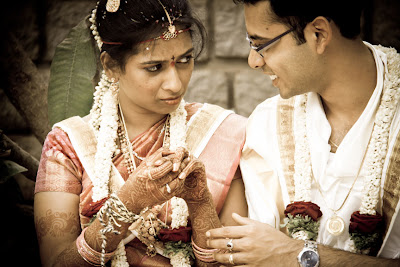 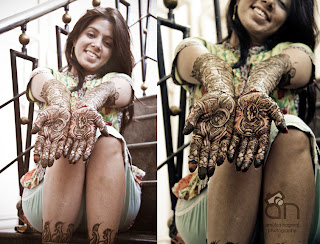 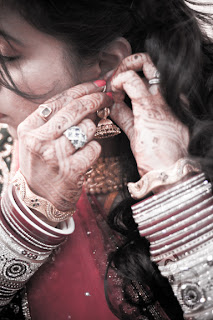 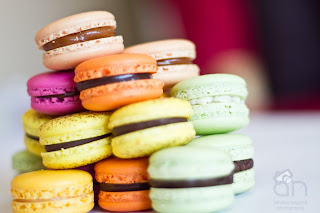 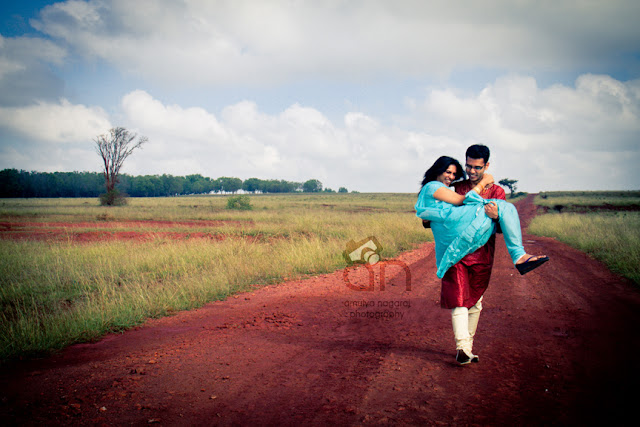 Definitely a good note to end the year on.